The current British Library exhibition, Unfinished Business: The Fight for Women’s Rights (until 1 August 2021), documenting feminist activism in the UK in historical context, is accompanied by a wide-ranging programme of talks and articles exploring the complex history of women’s rights across the world. A recent blog post focussed on Inspiring women writers of Laos; this blog highlights another inspiring female writer from Southeast Asia, S. Rukiah (1927-1996).

The proclamation of Indonesian independence in 1945 towards the end of World War Two heralded another five years of armed conflict within the country: between Indonesian nationalists and the returning Dutch colonial power, but also between left- and right-leaning factions of Indonesia’s nascent military force. The period also ushered in a host of new literary voices. One Indonesian writer who came of age during this time, and whose writings were shaped by the pressures and anguishes of the Revolution, was S. Rukiah, whose 1950 novel Kejatuhan dan Hati (‘The Fall and the Heart’), is probably the most important early Indonesian novel by a female writer. 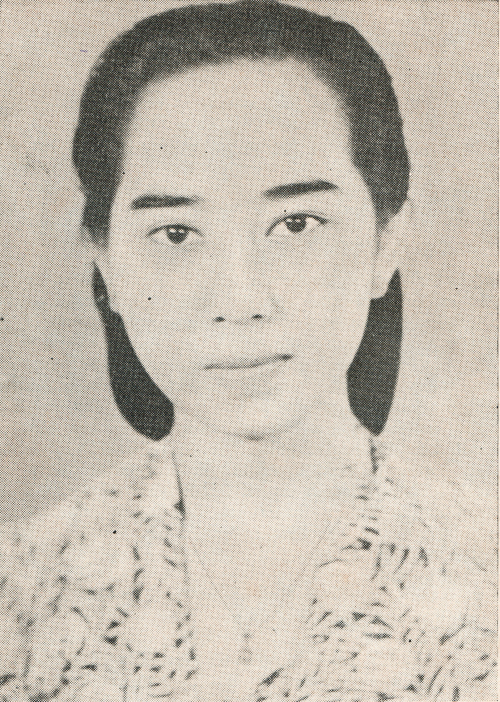 Rukiah’s early work is set in the foothills of West Java against a backdrop of guerilla activity during the Indonesian Revolution, but her writing transcends place and time by focussing on the dilemmas of an intelligent modern Indonesian woman and the societal conventions which bind her. Explored in Rukiah’s poems and short stories, and developed most fully in her novel, the constraints of the female predicament are contrasted with the freedom enjoyed by male characters, who have the luxury of pursuing their own destiny, often choosing to wed themselves to a cause. But this all-or-nothing revolutionary fervour does not appeal to Rukiah’s female characters – such as Susi in Kejatuhan dan Hati – who yearn for the seemingly impossible: to love passionately and work fulfillingly, but also to enjoy a happy and peaceful family life. 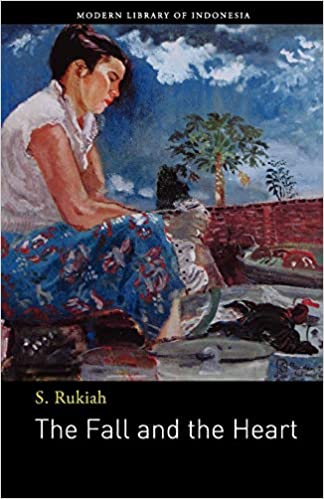 S. Rukiah’s 1950 novel Kejatuhan dan Hati was first translated into English by John H. McGlynn as ‘An Affair of the Heart’ and published in Reflections on rebellion: stories from the Indonesian upheavals of 1948 and 1965 (Ohio University Press, 1983; British Library, YA.1986.b.248). Shown above is McGlynn’s translation republished as The Fall and the Heart (Jakarta: Lontar, 2010). British Library, YD.2011.a.7962.

S. (Siti) Rukiah was born on 27 April 1927 in Purwakarta, a small town northwest of Bandung in West Java. During the Japanese occupation she trained as a teacher, and while teaching at a local girls’ school in 1946 she published her first poems. She also began writing for the magazine Godam Jelata, ‘The Proletariat Hammer’, one of the founders of which was her future husband Sidik Kertapati. Around May 1948, Rukiah became Purwakarta correspondent of the influential literary journal Pujangga Baru (‘The New Poet’), and over the next few years she published 22 poems, six short stories and her novel Kejatuhan dan Hati, which first appeared as a special issue of Pujangga Baru (Nov.-Dec. 1950) before being re-issued by Pustaka Rakyat. 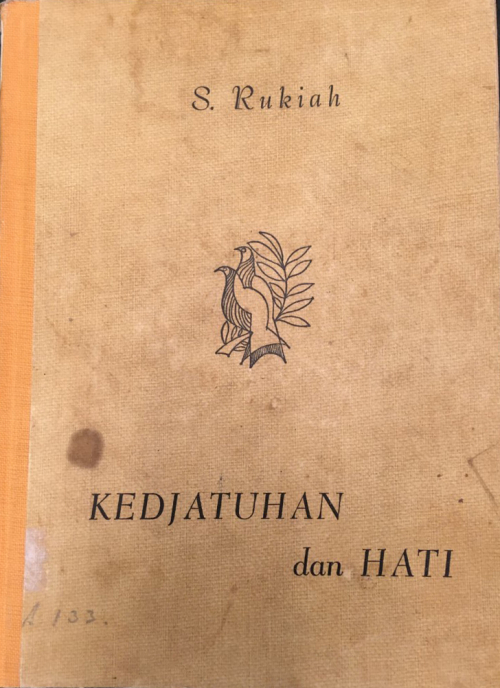 Rukiah’s first collection of poems and short stories, Tandus (‘Barren’) – mostly work which had previously appeared in journals in 1948 and 1949 – was published in 1952 by the government publisher Balai Pustaka, and the following year it won the inaugural National Cultural Council award for poetry. The esteem accorded to Rukiah’s work can be judged by her fellow awardees: Pramoedya Ananta Toer for short stories, Mochtar Lubis in the novel section and Utuy Tatang Sontani for drama, later regarded as three of the top Indonesian writers of all time. 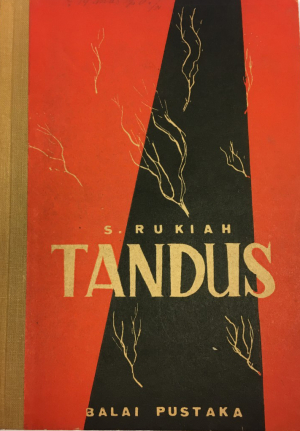 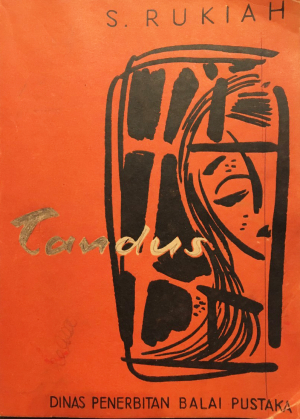 In 1952 Rukiah married Sidik Kertapati, and they had six children. By 1951 Rukiah had begun editing the children’s magazine Cendrawasih (‘Bird of Paradise’), and over the next decade, under her married name of S. Rukiah Kertapati, she published actively in the fields of children’s literature and retellings of Indonesian folk stories. In 1959, at the first National Congress of Lekra, a cultural association sympathetic to the Indonesian Communist Party (Partai Komunis Indonesia, PKI), Rukiah was elected as a member of its Central Committee, and she represented Lekra at a writers’ Congress in East Germany in 1961. 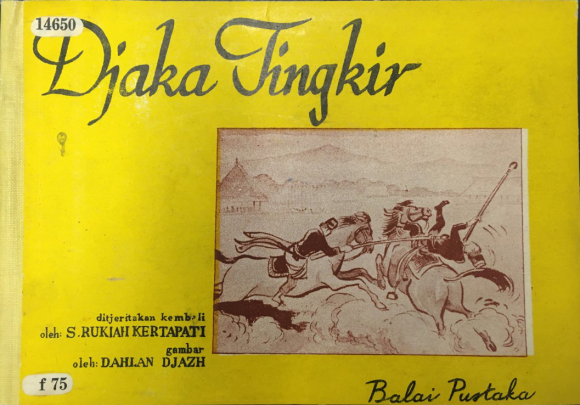 The febrile political atmosphere in Indonesia by the early 1960s came to a head on 30 September 1965, with the murder of top military leaders in an apparent coup attempt. The aftermath saw a ferocious purge of Communist Party members and suspected PKI sympathizers, leaving up to a million dead and hundreds of thousands imprisoned. At the time Sidik Kertapati – then a PKI member of parliament – was visiting China; like many leftists then abroad, he was unable to return to Indonesia and spent the next four decades in exile. Rukiah herself was imprisoned, with no provisions made for the care of her six young children. Her books were banned and her writings were expunged from future editions of the authoritative anthology of Indonesian literature, Gema Tanah Air ‘Echoes of the Homeland’. She was eventually released in 1969 on condition that she did not write or publish again, and returned to her hometown of Purwakarta, where she lived quietly, aware that she was under constant suveillance as she struggled to support her family.

In 1985, at the suggestion of my supervisor Dr Ulrich Kratz, I made the work of S. Rukiah the subject of my MA dissertation in Indonesian and Malay studies at SOAS, and my first visit to the British Library was to look at the rare editions of Rukiah’s works pictured here. With the help of a close friend, S. Budiardjo – an Indonesian exile living in London – I was able to write to Rukiah in Purwakarta, and was overjoyed to receive a letter back from her. Addressing me as Ananda (‘Child’; I addressed her reverently as Bunda, ‘Mother’), she wrote, ‘I was so glad and touched to receive your letter, and to hear that you know and are studying my works that were published decades ago, for even I myself had forgotten them, it was so long ago.’

In another letter written in December 1985, Rukiah gave a harrowing account of her fate after 1965: “While in prison, I was not allowed to see my beloved children. And so all the time I was detained, I had no idea of the fate of my children: were they living destitute under bridges, or had they even starved to death? (For in those terrible times, nobody was allowed to take in or look after my children. If anyone had dared to do so, they themselves would have faced prison.) So you can just imagine how I agonized and suffered in prison. In the end, my desperate longing for my children and my fears for them forced me to write to the Government begging for release, under any conditions.

And so a suffocating deal was struck: “On 24 April 1969, I was freed fom prison and reunited with my children, on condition that I could never write again. I was clearly regarded as far too outspoken and critical. In the event that I might try to get something published, all publishers were informed that it was forbidden to publish my writings. The Government knew, of course, that this was the harshest possible punishment for any writer. But I agreed to everything, because of my love for my children, who were still so young, and who couldn’t possibly fend for themselves without a mother or a father.” 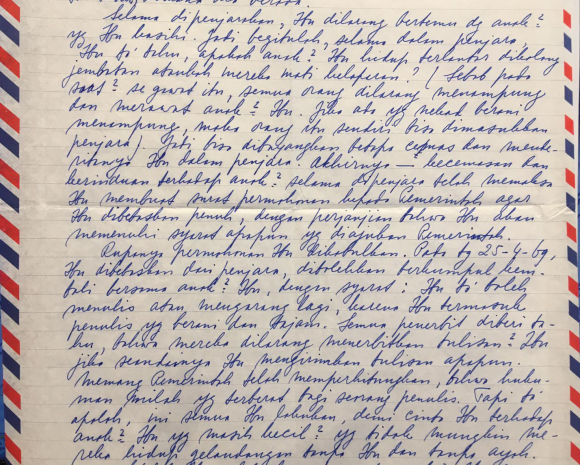 Extract from a letter from S. Rukiah to Annabel Gallop, December 1985.

In October 1986, I came to Jakarta and Rukiah’s son, Windu Pratama, met me and took me to visit his mother in Purwakarta. I was overwhelmed to finally meet this courageous woman whose gentle smile and serene demeanour belied the horrors she had faced in years past. 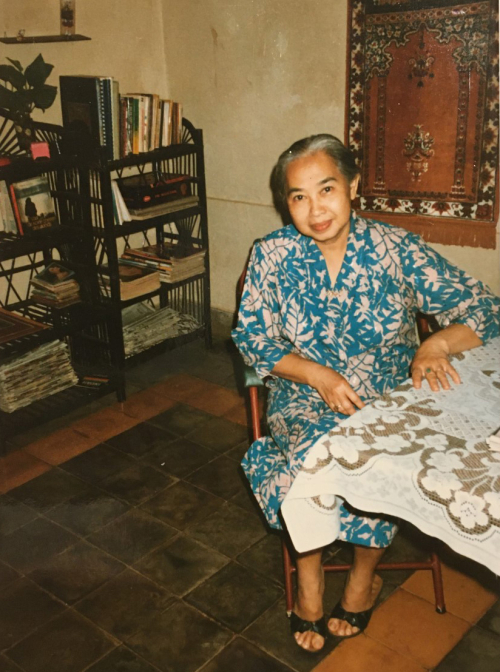 In her writings Rukiah had plumbed the depths of the dilemmas of heart and mind. In her life too, Rukiah, had been forced to choose between the very essence of her being – her writing – and her beloved family. Her surviving works are all the more precious for the enforced silencing of her original and inspiring voice.

With very many thanks to John H. McGlynn of the Lontar Foundation for his advice and help.